This is a world divided by blood – red or silver. The Reds are commoners, ruled by a Silver elite in possession of god-like superpowers. And to Mare Barrow, a seventeen-year-old Red girl from the poverty-stricken Stilts, it seems like nothing will ever change. That is until she finds herself working in the Silver Palace. Here, surrounded by the people she hates the most, Mare discovers that, despite her red blood, she possesses a deadly power of her own. One that threatens to destroy the balance of power. Fearful of Mare’s potential, the Silvers hide her in plain view, declaring her a long-lost Silver princess, now engaged to a Silver prince. Despite knowing that one misstep would mean her death, Mare works silently to help the Red Guard, a militant resistance group, and bring down the Silver regime. But this is a world of betrayal and lies, and Mare has entered a dangerous dance – Reds against Silvers, prince against prince, and Mare against her own heart.

What I thought: This book has an X-Men vibe that I am totally down with. I liked the idea of different caste systems based on the color of your blood. Victoria also took special care to describe the different in skin color as a result – silvers are pale since they have no way to get a “rosy” complexion. It’s such a tiny detail, but the biologist in me loved it! The first book felt similar to The Selection by Kiera Cass (Bachelor meets Battle Royale) but by the end, the book took a huge 180 and went in a direction I did not expect!

The Quote: The truth is what I make it. I could set this world on fire and call it rain.

Why I chose it: Ruthless leaders are scary – especially ones who are so sure of their power over people. 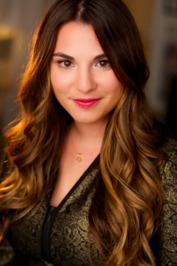 I’m a screenwriter/YA author who likes books and lists. This site is the nexus of my universe.

My book RED QUEEN will be published Winter 2015 from HarperTeen at HarperCollins. I’m repped by the incomparable Suzie Townsend at New Leaf Literary & Media, Inc.

The genres I’m into include YA, Fantasy, Historical, Adventure, Apocalyptic – if people are dying, I’m buying.