According to The Nice and Accurate Prophecies of Agnes Nutter, Witch (the world’s only completely accurate book of prophecies, written in 1655, before she exploded), the world will end on a Saturday. Next Saturday, in fact. Just before dinner.

So the armies of Good and Evil are amassing, Atlantis is rising, frogs are falling, tempers are flaring. Everything appears to be going according to Divine Plan. Except a somewhat fussy angel and a fast-living demon—both of whom have lived amongst Earth’s mortals since The Beginning and have grown rather fond of the lifestyle—are not actually looking forward to the coming Rapture.

And someone seems to have misplaced the Antichrist . . .

What I thought: Whenever I tell people about this book, I tell them to imagine the Book of Revelations if it were written by Monty Python.

The witty and hilarious writing has yet to get old no matter how many times I have read it. The relationship between Crawley and Aziraphale is priceless. I can’t wait to see live action on Amazon Video (US) / BBC Two (UK) if only to see David Tennant and Michael Sheen play this divinely funny odd couple.

The Quote: An angel who did not so much fall as saunter vaguely downwards.

Why I chose it: Of this dynamic duo, Crawley is my favorite (you can only imagine my delight when David Tennant – my favorite Doctor – was cast). This description of him was perfect – he is exactly the kind of fallen angel I would hang out with – with his Bentley that don’t played Best of Queen. I really hope they make sure Lucifer does channel the voice of Freddie Mercury. 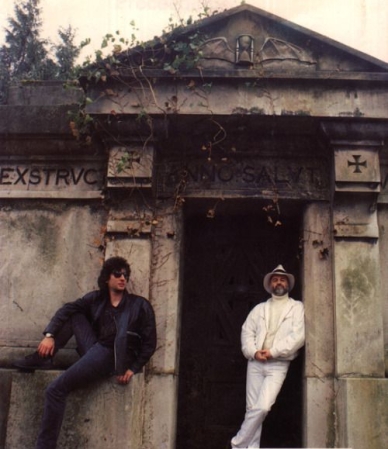 Born Terence David John Pratchett, Sir Terry Pratchett sold his first story when he was thirteen, which earned him enough money to buy a second-hand typewriter. His first novel, a humorous fantasy entitled The Carpet People, appeared in 1971 from the publisher Colin Smythe.

Terry worked for many years as a journalist and press officer, writing in his spare time and publishing a number of novels, including his first Discworld novel, The Color of Magic, in 1983. In 1987, he turned to writing full time.

There are over 40 books in the Discworld series, of which four are written for children. The first of these, The Amazing Maurice and His Educated Rodents, won the Carnegie Medal.

A non-Discworld book, Good Omens, his 1990 collaboration with Neil Gaiman, has been a longtime bestseller and was reissued in hardcover by William Morrow in early 2006 (it is also available as a mass market paperback – Harper Torch, 2006 – and trade paperback – Harper Paperbacks, 2006).

In Dec. of 2007, Pratchett disclosed that he had been diagnosed with Alzheimer’s disease. On 18 Feb, 2009, he was knighted by Queen Elizabeth II.

He was awarded the World Fantasy Life Achievement Award in 2010.